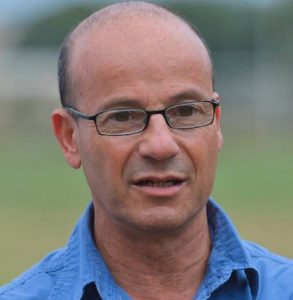 It is with great sadness that we share the news that Doctor Victor Calvagna, head of the children’s cancer services in Malta, died on 4th January 2022, following a tragic accident. He was a personal friend and colleague to many who worked with him during his early years of training in paediatric oncology at the Royal Marsden Hospital in the UK. He went on to build an excellent children’s cancer service in his home country of Malta, mentoring other health care professionals to develop expertise in the field. He co-founded with a parent, Puttinu Cares, a children’s cancer support group, borne out of the desire to offer a holistic approach to care for families with children suffering from cancer. This has supported the entire care pathway, even when it involves travel overseas for some more complex elements of treatment.

Victor will be remembered for his quiet determination to build the best service possible for his patients, his enthusiasm for life, embracing new activities, including ballroom dancing and running, and his dedication to the families affected by childhood cancer in Malta.  His premature death has deprived the world of a charismatic leader whose expertise and camaraderie will be hugely missed.

In expressing our condolences to his wife, Carmen and their daughters, we hope they may gain strength from the legacy of the service in which Victor has played such a key role, and be supported by all those in Malta whom he strove so hard to help in his lifetime.

In 1987 when I took up my first position at the Royal Marsden every child in Malta with proven or suspected cancer was flown to London for diagnostic work up, staging and initial treatment. Many spent several months away from home. Twice as year I would join Tim McElwain (who did regular adult clinics) to review the children either on or after treatment.  In the following years a young paediatrician joined us in clinic and subsequently came to the Marsden to complete his oncology training.

It was clear from early on that Victor was a bright, enthusiastic and committed clinician on whom the future development of the local service would largely depend.  Following his return to Malta and over subsequent years it progressively became unnecessary for the majority of children to come to London as all chemotherapy and radiotherapy could be given locally, with the exception of stem cell transplant procedures. A substantial team was established to provide high quality multidisciplinary care.

On my subsequent visits to join him in follow up clinics Victor was always a very generous host and seemed to know all the local restauranteurs personally. Victor was very determined individual and had a clear vision of what was needed to meet the challenges of providing highly specialised cancer care in a relatively small population and always maintained an interest in general paediatrics.  He was an accomplished and very fit sportsman and it is ironic that he was out training for an Ironman competition when the fatal accident occurred.

Having taken a close interest in the development of the children’s service it was particularly gratifying when visiting a few years ago to be shown by Victor around the very impressive dedicated paediatic oncology/haematology ward and clinic space in the Mater Dei Hospital Oncology Centre and hear how the service has expanded. These are a real testament to the work of all the team under the leadership of Victor.  His death has come as a great shock and he will be sorely missed by all those families with whom he was involved. It is hoped that his wife Carmen and two daughters may gain strength from the legacy of the service in which Victor has played such a key role.

The Department of Paediatrics within the Faculty of Medicine and Surgery has recently lost one of its most senior and longest serving Senior Lecturers, Dr Victor Calvagna, just a few days after a tragic road accident.

The European paediatric oncology community pays tribute to Doctor Victor Calvagna who passed away on 4 January 2022.

Doctor Victor Calvagna was the representative for Maltese SIOP Europe members. He was a founder of Puttinu Cares, the children’s cancer support group began from an idea and desire to offer a holistic approach of care for families with children suffering from cancer. He was an excellent paediatric oncologist working with a countless number of patients and always fighting for better treatment outcomes. He also supported families that needed to go abroad to pursue any kind of further treatment, mainly in UK.

“He taught us how to be of service to others without expecting anything in return,” the Puttinu Cares Foundation wrote. “Thank you for the beautiful examples and values you have nurtured in us. We will never forget you and we will love you forever. ”

His hard work and dedication to save lives of severely ill children are truly inspirational. He made patients and their families feel cared for. He was a great person and a real hero. SIOP Europe and the European paediatric oncology community thank Doctor Victor Calvagna for everything he did. Today we have lost a great doctor, but also a great friend.

To his wife and family, friends and colleagues, our thoughts are with you.

It is with great sadness that we share the news that Doctor Victor Calvagna, head of the children’s cancer services in Malta, died on 4th January 2022, following a tragic accident.