The purpose of the annual George R. Buchanan Lectureship Award is to honor Dr. Buchanan and assure that future generations of pediatric hematology/oncology specialists are aware of his significant contributions to ASPHO and the field. Dr. Buchanan has made scientific contributions in many areas of pediatric hematology and oncology; and among his many attributes, he has been recognized as an outstanding teacher and mentor. He served as Past President of the Society and founded and developed the ASPHO Pediatric Hematology/Oncology Review Course, a premier education offering for the field. The award will annually recognize a national/international expert in pediatric hematology/oncology who meets the criteria below. 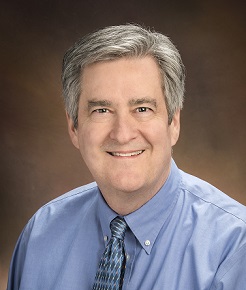 ASPHO is pleased to honor Stephen P. Hunger, MD, with the 2018 George R. Buchanan Lectureship Award. Dr. Hunger is a clinician scientist who pioneered translational discoveries in pediatric hematology/oncology, specifically in the field of pediatric leukemia.

Dr. Hunger is the current Chief of the Division of Oncology and Director for the Center for Childhood Cancer Research at the Children’s Hospital of Philadelphia. He obtained his undergraduate degree at the Massachusetts Institute of Technology and completed medical school at the University of Connecticut. After completing his residency in pediatrics at Johns Hopkins Hospital he became a fellow at Stanford University and completed a postdoctoral research fellowship.

As an internationally recognized leader in the field of pediatric leukemia clinical care and research, he has had a major impact on the clinical care of children with leukemia throughout the world. From 2008-2015, Dr. Hunger was the Chairman of the Children’s Oncology Group Acute Lymphoblastic Leukemia Disease Committee where he led the groundbreaking efforts to molecularly dissect pediatric leukemia, and eventually unravel several molecular markers that helped stratify the disease and find targetable genetic lesions.

Dr. Hunger has directed three major programs in pediatric hematology/oncology and all have prospered under his leadership. He has a vision for the future and a deep understanding of where the field is headed. Not only is he a role model for young trainees and junior faculty, but many investigators owe their careers to Dr. Hunger, and there is no doubt many will follow in the future.

It is with great sadness that we share the news of Dr Federico Sackmann-Muriel’s death in Buenos Aires, on March 26, 2021.