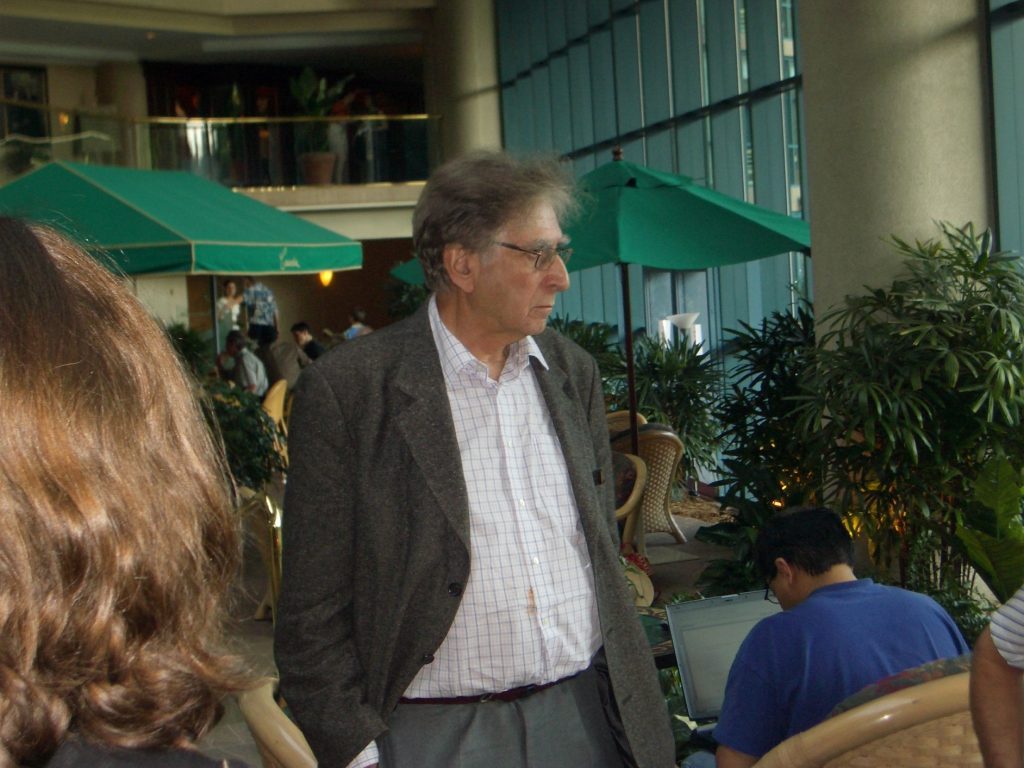 “Is he a pediatric oncologist or a pediatric surgeon?” This was the question that many were asking each other who were discussing topics with him and who did not know him very well. This embarrassment was understandable, as in fact he was speaking quite often about the therapeutic approach to childhood solid tumor the ways a pediatric oncologist would do, emphasizing the role of non-surgical treatment, notably chemotherapy, and the multidisciplinary approach to childhood cancer. This was indeed typically Jack Plaschkes.

He was a man of discretion. Very reluctant to speak about himself and his personal life, never aggressive in his talks, never offensive, never looking for prestigious positions but for facts and concrete actions, never remissive and always ready to stimulate the discussion.

Jack was born in what at that time was called Czechoslovakia, as part of a Jewish family. In March 1939, after the country was officially annexed to Germany and subsequently the Nazis racial laws against the Jews started to be implemented, his family moved to London. Jack then grew-up in London where he eventually graduated in medicine and was trained as a pediatric surgeon at the Great Ormond Street Hospital. Thereafter Jack started his career in pediatric oncology surgery in Amsterdam in the late seventies /early eighties of the previous century with Anton Vos.  From the Dutch Cancer Foundation Tom Voûte had arranged a fellowship in the department of pediatric surgery at the Emma Childrens hospital. Jack started as a senior surgical resident. It also was the beginning of a lifelong and true friendship with Anton Vos.
As Anton recalls: ‘Everybody in our department quickly became fond of Jack. Always friendly and courteous, loved by the patients, their parents, the nursing staff and his collegues. His keen sense of humour was obvious from the very beginning. A master of mocking jokes especially about himself and occasionally about others, like a rather prim and bone-dry lady living nextdoors to him by the name of Anema, whom he called consequently “Miss Enema”. Jacks interests were far more reaching than surgery alone. He mastered several languages quite well, was interested in literature, music and he collected prints, maps and drawings of Jerusalem. When he visited his cousin in Zaandam he often spent time with us in Amsterdam. We also saw each other on our frequent meetings connected with SIOP, SIOPEL and IPSO. And so, one day, I think it was in Leeds, we designed the “PRETEXT” system. And we knew it would work because of its logic and its simplicity. We met many times in Bern and made trips in the area where he knew all interesting and slightly delapidated antique shops.
Jack was a very gifted and intriguing but above all a true and loving friend.’

Eventually he was appointed at the Inselspital, The University Children’s Hospital in Bern where he stayed until the end of his career. His main professional interest has always been childhood cancer. Undoubtedly he must be counted as one of the leading European pediatric surgical oncologists who contributed to set the modern multidisciplinary treatment of many solid tumors, notably osteosarcoma, hepatoblastoma, germ cell tumors and malignant solid tumors of infancy. Perhaps, having been for many years a stateless pediatric surgeon, he felt SIOP to be the ideal international scientific setting in which to work. Indeed, he was one of the first pediatric surgeons who became an official SIOP member in the early 80s of the last century. Being a member of the SIOP Scientific Committee he was amongst a small group of surgeons who at first organized a separate workshop for surgeons with pathologists and radiotherapists as part of the annual SIOP meeting (Prague, 1989). This was repeated the next year in Rome and culminated in the establishment of SIOP`s surgical counterpart, the International society of Pediatric Surgical Oncology, IPSO (Rhodes 1991). Jack Plaschkes was its Founding President in its first Executive Board and remained as such until 1994.

His name is also intimately linked to the SIOP Childhood Liver Tumor Study Group, otherwise known as the SIOPEL group. In 1983 he wrote the first draft of a SIOPEL protocol for the SIOP Scientific committee. Indeed, along with Jon Pritchard he was the one who, at the time of SIOP meeting in Jerusalem in 1989, set the base for founding the SIOPEL group. He then played a key role in launching the first SIOPEL trial 1990 and in promoting the growth of the group. Feeling strongly the responsibility of attracting pediatric surgeons to the field of Pediatric oncology, he formed international links with POG, CCSG, ECCO and WFSOS which ultimately has accumulated in the current collaborative activities of the American (COG), the European (SIOPEL) and the Japanese (JPLT) study groups for pediatric liver tumors.

Jack, marked with his silent, respectful, and sensible presence many leading oncology meetings. There was always a form of sadness in his eyes as tragic events occurred in his personal life. And there also was his lack of a stable home-country. “Home” he said “Is nowhere and everywhere”. He was, as he described himself, the utmost example of the “wandering jew”. His roots in Eastern Europe, his education in England, his career mainly in Switzerland, where he never could acquire citizenship and finally his retirement and his peaceful death in his brothers kibbouts in Israël on June 7th, 2019. We will miss him in person.

Dear colleagues, We are glad to invite you to join the seminar on April 14, 2021 at 2.30-3.30 pm (Istanbul time) on "Cancer Predisposition Syndrome: p53-Li Fraumeni Syndrome". Our guest speaker is Prof. DAVID MALKIN, Director of the Cancer Genetics Program, from the Hospital for Sick Children, University of Toronto, Canada.