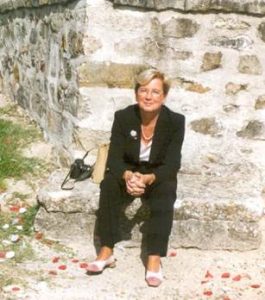 Dear colleagues, friends and members of the Paediatric Oncology Community,

It is with great sadness that we learned, last week, of the unexpected passing of Professor Danièle Sommelet. Danièle was a formidable woman, paediatrician and oncologist who exemplified our fight against childhood cancer before children and their families. She formerly headed the unit for paediatric oncology in Nancy. Her successor, Professor Chastagner, kindly provided us with a few biographical elements that we know can cover but a fraction of her incredible achievements.

Danièle also created the unit for paediatric oncology in Nancy, and headed it from 1978 to 2003. Throughout, she never neglected the broader field of paediatrics, an attention that earned her the presidency of the French Society of Paediatrics, in 2002. A tireless leader, she developed France’s first-ever childhood cancer registry, first at the regional level, and eventually, at the national level. Her teaching skills were evident to all those who attended her classes for the Union for International Cancer Control. Her clear vision for paediatrics drove her to pen several reports for the Ministry of Health. Hugely compassionate, Danièle also dedicated countless hours to the Red Cross, where she served as departmental president and regional vice president. More recently, she also created the “Cancer Solidarité Vie” platform, which supports persons diagnosed with cancer as well as their carers.

Danièle will be remembered not only for her hard work, but also her relentless discipline, her attention to detail, her indisputable authority as Head of unit, and her convening power in an otherwise fragmented discipline. Her prowess and ambition fuelled a rise to the highest medical ranks, and this despite the rampant sexism that so characterised the medical field. Danièle juggled all of this with raising five children, and tackling particularly painful family trials. She was an exceptional role model to many, and a source of admiration to all who had the chance to cross her path. Even as she left us, she continued to work, her head constantly buzzing with projects.

Daniele Sommelet will remain a key figure in paediatric oncology, paediatric haematology (for she also shaped the SHIP!), and the field of paediatrics more broadly.

We send our most sincere condolences to her family, loved ones and the Nancy team.

It is with great sadness that we share the news of Dr Federico Sackmann-Muriel’s death in Buenos Aires, on March 26, 2021.