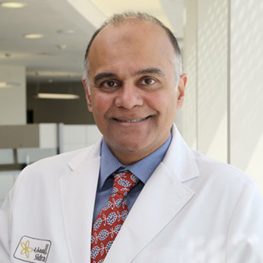 Board of Directors Scientific Committee

Dr. Belgaumi graduated from Aga Khan University Medical College, Karachi, and subsequently completed his Pediatric Residency at University of Texas, Houston, and a Fellowship in Pediatric Hematology/Oncology at St. Jude Children’s Research Hospital.  He joined King Faisal Specialist Hospital & Research Center, Riyadh, as a Consultant in Pediatric Hematology/Oncology. He held several administrative roles here, and eventually was appointed the Vice Chair of the Department.  In 2014 he moved to Qatar as Interim Division Chief of Pediatric Hematology/Oncology at Sidra Medicine and Associate Professor in Clinical Pediatrics at Weill Cornell Medical College – Qatar, where he remained until 2017.  He then returned to the Aga Khan University, Karachi, where he is Professor of Pediatric Hematology/Oncology and Associate Dean for Clinical Affairs in the Medical College, and the Chief Medical Officer of the Aga Khan University Hospital.   His main areas of interest are childhood leukemias and lymphomas.  He is also trained in Palliative care and was instrumental in establishing programs in the hospitals he has been associated with.  Over the past several years he has focused on national and regional development of care for children with cancer.  He is a founding member of the Pakistan Society of Pediatric Oncology (PSPO) in 2008, and was elected its president in 2018; he will be finishing a second term in 2022.  Regionally, he has been working within the Pediatric Oncology East and Mediterranean (POEM) Group since 2017, and is currently serving as the group president.  He has a keen interest in research in the LMIC, and has been instrumental in research education and implementation of clinical trials in the region.  He has been a member of the SIOP Scientific Committee since 2019.