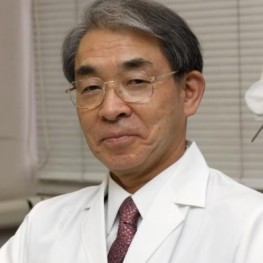 Board of Directors Scientific Committee

Dr Akira Nakagawara was appointed as the president of Chiba Cancer Center since 2009 and as the CEO of Saga Medical Center KOSEIKAN in 2014, and the CEO of Saga HIMAT Foundation in 2015. He presided over many international conferences like the Advances in Neuroblastoma Research in 2008, the 2nd Japan-China Symposium on Cancer Research in 2012 and the 6th International p63p73 Workshop in 2013. Dr Akira is the chairman of many International and Domestic Assignments related to Children’s Cancers like Continental President of SIOP Asia, Asian Pediatric Hematology and Oncology Group (APHOG), and the Japanese Neuroblastoma Study Group (JNBSG; JCCG). He is also an Executive Core Member of the Integrative International Neuroblastoma Risk Group (iINRG) since 2012, and an International Associate Member of the Children’s Oncology Group (COG) since 2013. Dr Nakagawara is an editorial board member of many journals including Cancer Research, Cancer Science, Pediatric Blood & Cancer, Japanese Journal of Clinical Oncology. He has received many prizes for his medical achievements; among those were the JNTO National Conference Prize in 2011 and The Japan Cancer Society Prize in 2013, the Princess Takamatsu Cancer Research Fund Prize in 2008, the Prince Hitachi Prize for Comparative Oncology in 2018 and the Lifetime Achievement Award of Advances in Neuroblastoma Research Association (ANRA) in 2018. He has over 380 publications in the English language.

You are invited to join the next meeting of the SIOP GHN Partnerships WG.