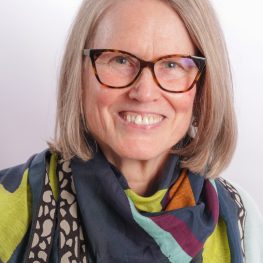 Julia Challinor, (RN, PhD, MS in Education and MS in Med Anthropology) serves as a consultant for multiple international projects for childhood cancer and pediatric oncology nursing, including the APHON Spanish Chemotherapy/Biotherapy course in Latin America. She was the Educational Liaison for children with cancer and those who had survived their disease at the University of California, San Francisco from 1993-2003. During 1994-2006, she also headed A Tomorrow for Children Foundation and worked in partnership with pediatric oncology centers that are members of the Asociación de Hemato-Oncología Pediátrica de Centro America (AHOPCA), collaborating with Jude Children’s Research Hospital, the Pediatric Oncology Group of Ontario (Canada) (POGO), and the Monza International School of Pediatric Hematology/Oncology (Italy) (MISPHO). Recently she has participated in pediatric oncology nursing initiatives in Ethiopia and India. As the International Society of Paediatric Oncology (SIOP) Advocacy Officer Julia has participated in the WHO Global Childhood Initiative for Childhood Cancer (GICC) since 2018, the WHO (GICC) workshop in Lima Peru in 2019 and ongoing related nursing projects in the country. Other tasks include a continued role in WHO GICC nursing issues and the SIOP Global Mapping of Pediatric Oncology Services project.