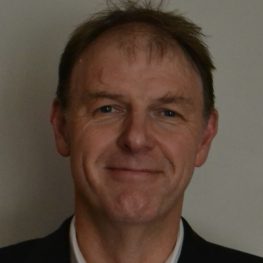 Board of Directors Global Mapping Team

Prof. Alan Davidson is the head of the Paediatric Haematology-Oncology Service at the Red Cross War Memorial Children’s Hospital (RCWMCH), which is recognised as one of the leading centres in sub-Saharan Africa. The service also treats the full spectrum of blood disorders, acts as a regional haemophilia centre and advises a large network of shared carers across sub-Saharan Africa through a telemedicine platform. His clinical and research interests include paediatric brain tumours, B-cell malignancy and other HIV-related cancers in children, genetic syndromes predisposing to childhood cancer, stem cell transplantation for primary immunodeficiency and adapted therapy regimens for low and middle income settings. He co-chairs South Africa’s annual Paediatric Brain Tumour Workshop and has previously chaired the South African Children’s Cancer Study Group. He served as the chair of the LOC for SIOP 2015 in Cape Town, and went on to serve as co-chair of the PODC’s Adapted Treatment Regimen Working Group and then co-chair the PODC committee from 2016 to 2019. He is also the vice-president of the Society for NeuroOncology’s sub-Saharan Africa branch.

As a professor in the Department of Paediatrics and Child Health at the University of Cape Town (UCT), he serves as director of postgraduate education, and is currently the president of the paediatric council of the Colleges of Medicine of South Africa. He also has an interest in paediatric haematology-oncology training having kickstarted UCT’s African Paediatric Fellowship Programme (APFP) in this area. The oncology component of APFP now operates with multiple partner institutions, and several stakeholders including Global Hope and St Jude. He also serves on the executive and boards of the Children’s Hospital Trust, the RCWMCH’s Facilities Board and RedX Radio which has played a pioneering role in radio for children by children.