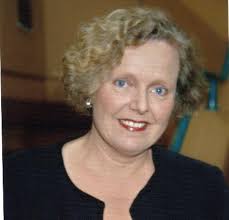 The SIOP Advocacy Task Force under the chair of Gabriele Calaminus continues its work to gain WHO recognition as an NGO in parallel with CCI.
JJ Divino, the senior advocacy manager has moved to New York and we are very happy that now Julia Challinor, RN, PhD, co-chair of PODC has taken over this position with secretarial support by Susanne Wollaert, from Kenes. Both have joined now the Advocacy Task Force members.

On Dec 22, SIOP advocacy task force represented by Gabriele Calaminus, Julia Challinor and Tim Eden together with Carmen Auste and Ruth Hoffman from CCI drafted a Concept Note about the project and Work Plan to Dr. Chestnov and his team at WHO for review.

As directed by WHO, SIOP/ CCI are organizing at four countries to workshops before June 2016. These workshops are intended to bring WHO regional and local staff to hear about the situation of childhood cancer treatment in their country and the progress and challenges in order to harness a coordinated effort to move forward on issues such as financing, access to drugs, improved awareness for earlier diagnosis, etc. The four countries confirmed are Ethiopia (March 2016), Ghana (January 2016), Myanmar (May 2016) and Fiji (planned May 2016 – however, doubtful due to the devastation from cyclone Winston this month) and Kazakhstan. Ethiopia, Myanmar and Fiji are all on a short list of 7 countries that are targeted in a Triple Agency Initiation between WHO/IAEA/IARC.

In January, Gabriele, Ruth Hoffman (vice chair of CCI) and Julia returned to WHO in Geneva to further discuss the details of the Ghana Workshop and planning for SIOP and CCI’s applications for WHO recognition. Dr. Oleg Chestnov repeated his commitment to childhood cancer as a global priority. Members of the office of Global Communication Management also met with the SIOP/CCI team to explore possible collaboration with their efforts.

The Ghana WHO SIOP CCI Workshop “CHILDHOOD CANCER: Improving Access to Care “on January 27 was a success. Thirty stakeholders attended including representatives of the WHO country office, Ministry of Health, Ghana Health Service, parents group GHAPACC, National Health Insurance Authority, World Child Cancer and health professionals caring for children with cancer and others. Challenges were discussed and strategies for improving access to care with action for specific stakeholder responsibilities were decided.

Julia Challinor and Ruth Hoffman as representatives of SIOP and CCI, supported by Susanne Wollaert and in close communication with the   advocacy chair, the board and the task force will now meet with the WHO Steering Committee monthly to maintain momentum in our effort to achieve recognized NGO status.