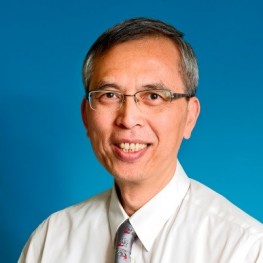 Board of Directors Continental President Asia

Dr. Chi-kong Li graduated from the University of Hong Kong in 1981. He is currently the Director of Lady Pao Children’s Cancer Centre at Prince of Wales Hospital and also the honorary clinical professor at Chinese University of Hong Kong. He is the Council Member of International BFM Study Group since 2000. His main research areas are clinical trials of childhood leukaemia and stem cell transplantation. He actively promotes paediatric oncology treatment in China, and is now the vice-chairman of Chinese Children Cancer Group. He has been the co-organiser of annual paediatric oncology training workshop in less developed areas in China for 10 years, and also assisted the establishment of 3 multi-center study groups on childhood leukaemia in China. He also arranges doctors and nurses from China to receive training in Hong Kong, and over 100 doctors and nurses had received such training. He has been active member of SIOP since 1995 and was the chairman of local organizing committee for SIOP 2013 Congress at Hong Kong.

You are invited to join the next meeting of the SIOP GHN Partnerships WG.