Message from the President

The year 2022 will be remembered by many of us as the year we met each other in person again. Thanks to the effective COVID vaccination, more than 2,400 of us were able to meet in person in Barcelona for the SIOP 2022 Congress. In the past 2 years, online meetings were our only way of communicating with our global community. However, we learned from the pandemic period that virtual communication was also an effective way of staying together and of accommodating those who cannot travel to the Congress to stay informed and participate in the sessions. This year we had 800+ colleagues joining the Congress online and we believe this “hybrid format” is here to stay and will work to perfect it over time.

Besides the joy of meeting in person again, 2022 was another great year for SIOP. Our Society is continuously growing in terms of number of members, quantity and quality of programs and educational opportunities to the whole health care team as well as support for patients and families around the world. The achievements and new initiatives described in the upcoming Annual Report are a credit to the work and dedication of all the SIOP community and it is an honor for the SIOP Board of Directors to support the outstanding work being done at SIOP’s Committees, Networks and Working Groups.

In 2022, the process of updating our governance procedures was put in place and our organizational structure became more effective and professional. Thanks to our members’ support and a professional budget management, we were able to provide financial support to our SIOP Continental Branches and some of our Networks. Our Program for Advancing Research Capacity (PARC) in low- and middle-income countries was effective in attracting funding to support the cooperative groups in three continents so that the necessary evidence for guiding our practice in those settings can be generated with relevant local research.  Our Advocacy work continued to increase in partnership with Childhood Cancer International (CCI), St. Jude Global, Union for International Cancer Control (UICC), World Health Organization (WHO) and many others. We continued our role as a non-state actor for the WHO Global Initiative for Childhood Cancer (GICC) and developed a collaboration agreement with St. Jude Global for the ARIA Program so that adapted management guidelines will become available globally with the best scientific evidence. We received generous programmatic support from Foundation S and Amazon Global as well as other partners that supported the SIOP2022 Congress.

The SIOP Europe in association with St. Jude Global and many European hospitals, governments and institutions led an outstanding support campaign to provide care for children with cancer in Ukraine whose treatment was put in danger because of the Russian invasion to their country. Among many innocent victims, the invasion took the life of a young Ukrainian pediatric hematology-oncologist while she was going to work in her own hometown. We all mourned this loss.

After the Congress in Barcelona, several eminent supporters of SIOP, including the Past President Kathy Pritchard-Jones stepped down from the SIOP Board of Directors. Their work and dedication were essential for the great achievements described in this report. These include Jaume Mora (Local Organizing Committee Chair), Liliana Vasquez (Continental President-South America), Lilian Sung (Scientific Committee Chair), Gemma Bryan (Young SIOP Network Chair). SIOP is extremely thankful for the many years of service and leadership that these Board members brought to SIOP. We also welcomed several new Board members. I would like to thank all members of the SIOP Board, Networks and Committees as well as to all SIOP members for their continued support for our Society.

We aim to offer additional opportunities to get involved in the coming year. 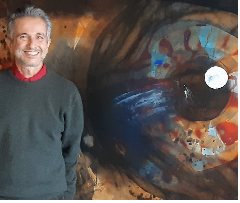