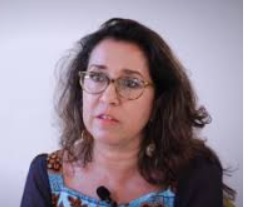 Laila Hessissen is a Professor of Pediatrics in the Medical School of Rabat, Morocco, where she has been a faculty member since 2000. She also works as a Pediatric Hematology Oncologist at the Pediatric Hematology Oncology Centre of Rabat. Laila received her Pediatric Oncology University Diploma from the Paris-Sud University in France in 2000. Laila is the past president of the Moroccan Society of Pediatric Oncology Hematology, Vice General Secretary of the French-African Group of Pediatric Oncology (GFAOP), and she is the Continental President of SIOP-Africa. Since 2014, Laila has been involved in the creation and supervision of a Certified Diploma of Pediatric Oncology for clinicians in French-Speaking African Countries. This program takes place at the Mohammed 5 University of Rabat, and is recognized by the Paris-Sud University in France. Through this program, she has developed the e-GFAOP e-learning platform for participants in the diploma program, as well as a network of practical training sites. She is interested in pediatric brain tumors, genetic predisposition, and metronomic chemotherapy.