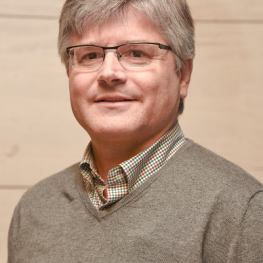 Board of Directors LOC Chair

Pediatric Oncologist with a PhD in Molecular Oncology since 2003. After residency training in general pediatrics(1992-1995),completed the pediatric Hematology and Oncology fellowship at MSKCC in New York (1996-1998). Did three years of Research Fellowship in molecular pathology, also at MSKCC (1999-2001). In 2002 returned to Barcelona as the leader of the Pediatric Oncology Department at Hospital Sant Joan de Déu (HSJD) and founded the Developmental tumor Biology Laboratory. From 2007 till 2012 was the Head of the Pediatric Oncology Department. Since 2013 he is the Scientific Director of the Pediatric Cancer Center Barcelona (PCCB) at HSJD.
Published more than 200 peer-reviewed articles in developmental oncology. Research focuses on the origin of Childhood tumors with contributions in neuroblastoma, Ewing sarcoma, retinoblastoma, Wilms tumor, and DIPG. Been distinguished with the American Society of Clinical Oncology (ASCO) Young Investigator Award (YIA) in 2000; the 16th Schweisguth Prize of the International Society of Pediatric Oncology (SIOP) in 2001; and the ASCO Career Development Award in 2001. Won the first Research grant for pediatric Oncology of the Spanish Association against cancer (AECC)in 2006; the first Research Award of Translational Oncology of the FERO Society in 2009; and the First Martí Via Award of Translational Oncology of the Fundació Vallformosa in 2015. Local committee Chair for SIOP 2022.