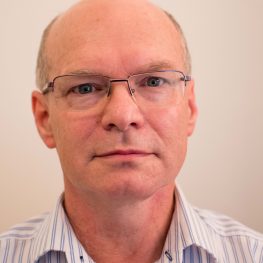 Michael Sullivan is a Paediatric Oncologist and Neuro-Oncologist in the Children’s Cancer Centre, Royal Children’s Hospital, Melbourne, a Professor of Paediatrics, Department of Paediatrics, University of Melbourne, and an Honorary Professor of Paediatrics, University of Otago, New Zealand. A graduate of the University of Otago Medical School, he trained in Paediatrics and Paediatric Oncology in New Zealand and Australia and did his PhD in the Epigenetics of Wilms tumour. He has extensive experience in clinical trials and translational research, in particular hepatoblastoma. He is an executive member of SIOPEL and a member of the CHIC liver tumour consortium, SIOPEN, COG and ANZCHOG. Prior to moving to Melbourne in 2013, he was Chair of the New Zealand National Children’s Cancer Network and led the development of the New Zealand Late Effects Assessment Program and the New Zealand Children’s Cancer Registry. Dr. Sullivan has a long-term commitment to SIOP Global Health, especially in the Pacific and Oceania. Since 2006, he has been a member of the NZ Pacific Islands Working Group supporting the care of children with cancer in Fiji and the Pacific Islands, and more recently, he led the establishment of twinning programs with PNG, Timor-Leste and Laos. He is a member of the Melbourne Children’s Global Health and leads the Global Paediatric Oncology Program at the Royal Children’s Hospital. Dr. Sullivan is a member of the SIOP Advocacy Working Group, is the SIOP Liaison for the WHO Global Initiative for Childhood Cancer and former Continental President for SIOP Oceania. He is currently the co-chair of the SIOP Global Health Adapted Treatment Working Group, and in 2020 he was elected Co-Chair of SIOP Global Health.