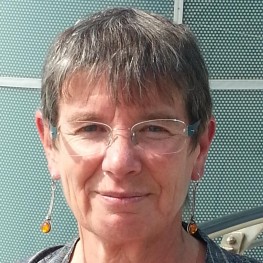 Rachel is Honorary Nurse Adviser Children’s Cancer at the Leeds Teaching Hospitals Trust in the UK. She spent more than thirty years working in paediatric oncology and haematology in Leeds, and has been involved in developing services for children and young people with cancer in the UK at the local and national level.

Rachel is a long standing nurse member of SIOP, having served on the Nursing Committee, and represented nursing on the Scientific Committee. She is engaged in the Global Health Network and was a co-author of the SIOP Baseline Standards for paediatric oncology nursing care in low and middle-income countries. She works alongside nurse members of SIOP and international nursing colleagues, to ensure that nursing is integrated into the WHO Global Initiative for Childhood Cancer. She is co-chair of the Sub-Saharan Africa Nursing Network.

Rachel is the Vice Chair of the Board of ‘World Child Cancer UK’, a charity which works to support capacity building in paediatric oncology in low and middle income countries. She leads a twinning partnership between the Leeds Children’s Hospital and the Cameroon Baptist Convention Health Services.

Rachel was made a Fellow of the UK Royal College of Nursing (RCN) in recognition of her work, and chairs the Professional Nursing Committee of the RCN.

Our Message in 2023: Better Survival is achievable #throughtheirhands