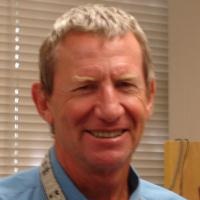 A great thank you to all those involved in the organization of SIOP 2015 in Cape Town.  This was a very successful and fun meeting with 1408 delegates from 91 countries.  An encouraging demographic was the increase in young investigators participating.  Concern was expressed on the evaluations of the congress, that the new format for poster viewing was not met with universal approval.  These comments are being reviewed and appropriate improvements will be implemented in 2016.

Thanks to the hard work of the web site communications committee the new website format is up and running. The initial response is that this is a definite improvement from the previous web site.

Yuri Quintana who took a lead in the development in this web site, will be developing a survey to be sent to the membership for comments, so as to allow continuous improvement to the website. We invite all to submit relevant content to be posted on the website. We do desire to make this an interactive website to the benefit of our membership.

Elections are about to take place for the SIOP Secretary General elect, for which four valid nominations were received.  CV’s and a personal letter will be distributed to all voting members of SIOP.  There were 14 nominations for the scientific committee for two positions on that committee.  These will be reduced to six nominations by the nominating committee.  Those six nominations selected will also have their CVs and background letter available to all the membership prior to voting.   The results of these elections will be announced in Dublin.  Following the Dublin meeting, there will be a call for nominations for the treasurer elect and one additional position on the scientific committee.

A workshop is to be held in June of this year to develop a strategy to encourage new membership and to sustain membership of SIOP International.  A survey of the membership, past and present, as well as congress attendees, will be conducted in regards to this question of membership.

We thank you all for your involvement and input, and look forward to seeing as many of you as possible in Dublin.